Posted by Hooten Construction In Blog

In this month’s edition of Powered by People, get to know Scott Miller, Senior Superintendent at Hooten. You’ll get to hear about the Miller family’s adoption journey and what’s unfolding next for their growing family. 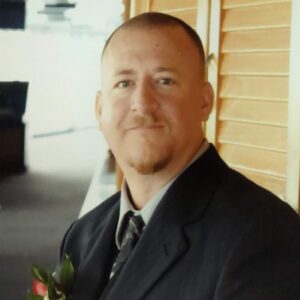 How did you get to Hooten?

I started off with a larger DC firm and was there for 13 years. When it came time to transition, I left and went to Hooten where I found a much smaller company with more opportunities to grow. While the focus at my previous firm was Owner/Developer and in-house development deals, my focus at Hooten is now on affordable housing. About 10 years ago we also moved to a small farm in West Virginia so while my work focus has shifted my life after work is still with cows, chickens, ducks, and even bees. We have a small orchard and also make our own wine.

How have you grown personally through your role at Hooten?

As Superintendent, my last few projects have been ones where the buildings were occupied during the work. Between senior housing or affordable housing, you really have to take the people into account. Making the mental shift from “It’s just a building” to “There’s people here and we have to work around them,” is a big change. I’ve learned you can’t be a bull in a china shop under those circumstances.

Since Hooten is smaller each of us takes on more responsibilities as well. As the Senior Superintendent here I’ve taken on more of the project management aspects for example. I also have a strong background in safety coming from a larger firm, so I’ve been helping out with developing safety plans including restructuring around the pandemic procedures, etc. That’s the biggest chance, that I’m behind a computer much more than at a larger firm where others may have done that component of it. Now I take it on myself.

How is the COVID-19 crisis impacting your day-to-day role?

The good thing is that we were already setting up to be more remote before the pandemic hit. At a traditional job site your “office” is a folding table and a 5 -gallon bucket. Now my current project is in pre-construction phase so I’m running it from my home with my dual monitors, etc. We’ve really been able to reduce issues of distancing by being as remote as possible with video calls and teleconferencing, things we were already doing only now much more. When COVID-19 hit I was able to recommend these ideas quickly and we already had most of the tools in place. While the office sourced the necessary items for Hooten, I was also able to locate these supplies for subcontractors and other trades and get them connected with the right supply chain for them.

You must have some interesting stories from over the years… Care to share a few?

I can share a lot! A few come specifically from a large project we completed at Hooten, the Alexander House. This was a $26 million renovation with 17 stories and 300+ apartments, made more challenging by the fact that it was fully occupied during the renovation. I was on this project for 2.5 years and a few stories certainly stand out. One time I had a plumber on site for a leak and I was talking to him on the phone about how to shut off a valve. Suddenly the fire alarm starts going off in the background and I was panicking wondering what they touched. I come to find out one of the residents beat a sprinkler head with a frying pan and all the sprinklers went off and began pouring water down on everyone from the 6th floor. We had to go back and redo the work, but I’ll never forget the panic of hearing a fire alarm go off while I was on the phone with someone on site.

Another time I heard a smoke detector go off in an apartment. Smoke was pouring out and I discovered they had cardboard boxes stacked on their range, bumped into the knobs, and it all lit up. I ran in and hosed it down and stopped it before any significant damage.

One of the good things is that while I was the Senior Superintendent there, Hooten was fairly new and we were still building the safety program. We had the MOSH inspection (Maryland’s version of OSHA) and the State came out and did a full-on safety audit, walked the entire project of 17 stories with varying stages of completion, and found no violations or issues at all. That was a huge accomplishment for all of us.

You and your wife have adopted two children and are in the process of adopting two more. Tell us about it!

Yes, we have adopted two boys, currently 7 and 8, and we started the adoption process again in Ukraine last June. We were actually in Ukraine on March 1st of this year when COVID started to hit and had to cut our trip short to get home before the airports were shut down. Right now, we’re waiting for the borders to open and are in a holding pattern in order to return to Ukraine to complete the adoption process.

What are people surprised to find out about the adoption process?

First, the cost of it. We found with our first adoption that it wasn’t expensive because it was stateside, but the international adoption is really expensive by comparison. We attempted soliciting support, fundraising, etc. yet we are having to do it through loans to cover the expenses because it’s just so much. It was a pretty big shock. It pushes up close to $50,000 and that’s just for the financial side of things. The amount of paperwork is incredible. The coordination, details, and documentation are unlike anything I’ve ever seen and I run multi-million-dollar construction projects for a living. For example, there’s a process where anything that needs to be notarized has to be approved by the Secretary of State. Basically, notarizing the notary. That’s a requirement from Ukraine and has to be in place for the papers to be approved.

In terms of background we originally got into Ukraine through an orphan hosting program. It was a summer break program where youth come to the United States for a few months and really, we weren’t originally set to adopt in this case. Yet when our soon-to-be-daughter was here, she fit in so well, and we could 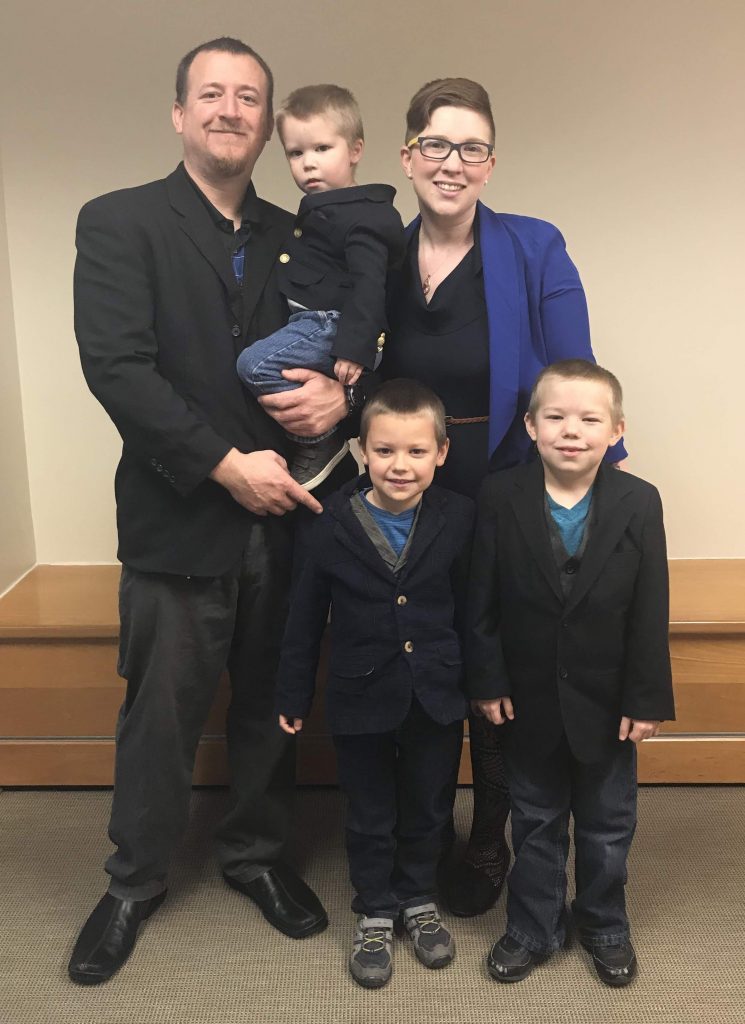 see the need in her eyes for a family, that’s what drove us to do this. We currently have a 4-year-old, 7-year-old and 8-year-old. Soon we will be adding another 4-year-old and soon to-be 17-year-old from Ukraine. Even teenagers need homes too. That’s what a lot of people don’t realize. Her biggest desire was for a family and we just felt that.

What would you say to those considering adoption?

I would say it’s all worth it when you get to see their smile and they tell you, “You’re my Mom and Dad.” To know that you’ve brought them out of a really bad situation and are giving them a chance at life, that makes it all worth it. We’ve heard so many times “Why don’t you just adopt from the United States?” And I say to that, “We did!” Yet there are people there that need help in other countries as well and that’s where we were called to adopt. Everyone has a calling to their own unique path so I would tell people, just follow that path and follow through with it.

Foundations for the Future: Investing in the Next Generation of Construction Management Leaders with HCC

The Squeeze of the Quarantine: COVID-19’s Impact on the Affordable Housing Gap